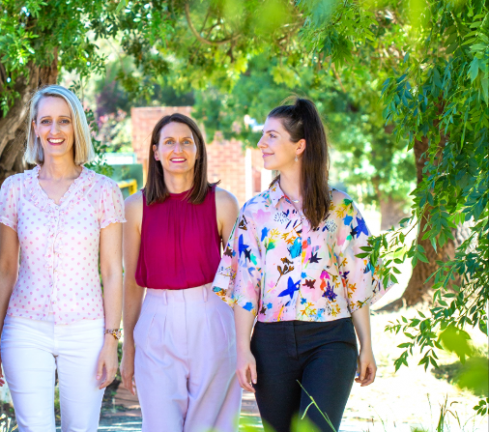 We view the pelvis as foundational in the human body.

The pelvis is fundamental to walking, running, jumping, sitting, sleeping and digestion.  The pelvis is the main support for the bladder, bowel, reproductive organs, abdomen and upper body – including the neck, jaw and cranium.  Many conditions such as endometriosis, prolapse, incontinence, constipation, back pain, hip pain and headache, involve the muscles and tissues of the pelvis.

At Consano, we investigate the systems within the body that may be contributing to the presenting problem.  We take time to listen and to explore possibilities.  We are very active in helping the body to heal itself.

Sometimes problems people have had for a long time, physical and emotional, ‘show up’ in the pelvis.  Sometimes new experiences, like the birth of a baby, bring about a sudden change to the pelvic tissues.  Sometimes past trauma shows up as current pelvic pain.  We believe the symptoms, are our body’s way of communicating a need for change.  We work with women, men and children who are interested in making this change.

Alison is the Principal Physiotherapist and founding Director of Consano Pelvic Health Centre in Guildford.

Since first learning about women’s health as an undergraduate Alison was drawn to this field of physiotherapy, and gained valuable experience from her work in a large Perth maternity hospital from 2004-2010. With a desire to be independent and a strong work ethic, Alison started her own private practice, Hillview Physiotherapy, in 2010. Hillview specialised in pelvic health physiotherapy for women, men and children – the first practice of it’s kind in Perth at the time. Over the past decade Alison grew this much-needed service to be a centre of excellence for pelvic health physiotherapy in the community. She now works with a team of like-minded, passionate professionals at Consano. Alison works with women and men of all ages, as well as children, to restore pelvic health.

Alison is an active member and the current chair of the Women’s Men’s and Pelvic Health special interest group of the Australian Physiotherapy Association (APA) in WA. She contributes to teach-ing and learning in pelvic health physiotherapy across university and professional development courses, as well as community groups. At Consano Alison individually mentors pelvic health physiotherapists. She loves holding the space for patients to express their concerns. Having worked with Sharon Faye from Clear Perceptions since 2017, Alison has a deep interest in understanding how the inner world of humans, particularly emotions, impacts physiology, physical function, movement and behaviour. She views this perspective as integral to practising holistically with women, men and children. Alison actively builds Emotional Strength, and sees this as a pathway to healing in pelvic health patients. Alison is curious about and believes in the untapped, inner resources of humans as they move towards their pain.

Alison is also a 4th generation vegetarian. She feels proud that her 102 year old grandmother started this way of life in 1929 and that her own children are 5th generation. In recent years Alison has captured a love of running and plans to improve this skill and be a proficient nonagenarian runner. 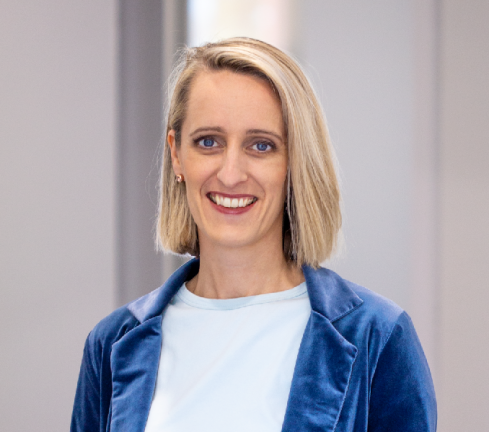 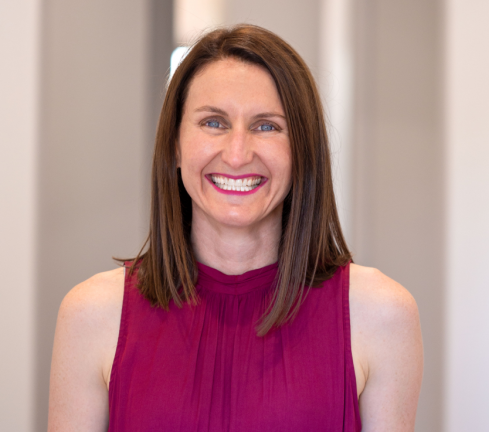 Malina is an experienced and passionate pelvic health physiotherapist. Malina joined the Consano team in September 2020 after having gained a wealth of experience as a senior physiotherapist in rural WA.

Born and raised in the mining town of Kalgoorlie-Boulder 600km East of Perth, Malina had a keen interest in physical pursuits throughout her childhood, becoming well acquainted with the local physiotherapy services.  From an early age Malina decided physiotherapy was the career she wanted to pursue, and in 2006 was awarded a Bachelor of Science in Physiotherapy with Distinction from Curtin University of WA, winning the Combined Universities Centre for Rural Health and Western Australian Country Health Service Prize for the Entry Level Programs Graduate demonstrating excellence in their rural clinical placement.  Malina’s interest in the pelvic floor lead her to complete her final year self-directed project in this area, and in 2007 she presented her research findings at the Australian Physiotherapy Association national conference in Cairns.

Malina’s enthusiasm lies in providing women, men and children with a safe space to heal from their pelvic symptoms.  She has a particular interest in pelvic pain, and has a deep understanding of the impact pelvic health symptoms can have on a person’s quality of life.  Malina appreciates that the pelvis houses some of the most beautiful moments of a person’s life along with some of the most painful.  She approaches each patient with respect, care and understanding.  Every day at Consano Malina is in awe at the resilience of the human spirit and the complexity and beauty of the pelvis.

Malina is committed to healthy living.  She is interested in building Emotional Strength as well as physical strength, and loves to challenge herself in both areas!  She is a mum to two energetic children and enjoys learning and laughing with them daily.  She also enjoys good coffee, painting, music, going to the ballet, reading, getting out in the sunshine and being close to water.

Zoe first made contact with the Hillview Physiotherapy team in 2015 as an undergraduate physiotherapy student with a special interest in women’s, men’s and pelvic health.

At that time, Zoe undertook work experience at Hillview Physiotherapy, regularly participating in and helping out at mums and bubs pool classes.  Upon completion of her undergraduate degree Zoe’s interest in pelvic health physiotherapy steadily increased.  As a new graduate physiotherapist she quickly developed a sense of ‘more going on’ in the body than met the eye and searched for a deeper understanding of the symptoms her patients presented with.  Zoe found she was able to connect the dots for many of her patients presenting with complex symptoms across multiple body areas.  Eager to learn more and to pursue her passion for the field of pelvic health, in 2021 Zoe commenced studying for her Master of Clinical Physiotherapy in Continence and Women’s Health at Curtin University of WA.

Zoe is a member of the Women’s, Men’s and Pelvic Health special interest group of the Australian Physiotherapy Association.  She loves soaking up more learning in the field of pelvic health both in theory and practice.  She particularly enjoys assisting patients to heal through movement, with a focus on exercise rehabilitation and clinical pilates.

Zoe values developing a deep connection with her patients, approaching symptoms from a holistic perspective.  Zoe has a sensitive approach to helping individuals restore a connection with their pelvis and manage conditions such as pelvic floor muscle dysfunction, bladder and bowel problems, prolapse, changes to the body during pregnancy and postpartum, and pelvic pain. Her passion is to assist in the journey of physical and emotional healing, and loves that her approach aligns with the specialised team at Consano. 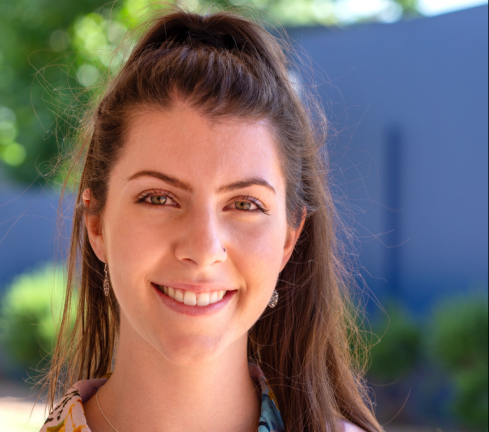 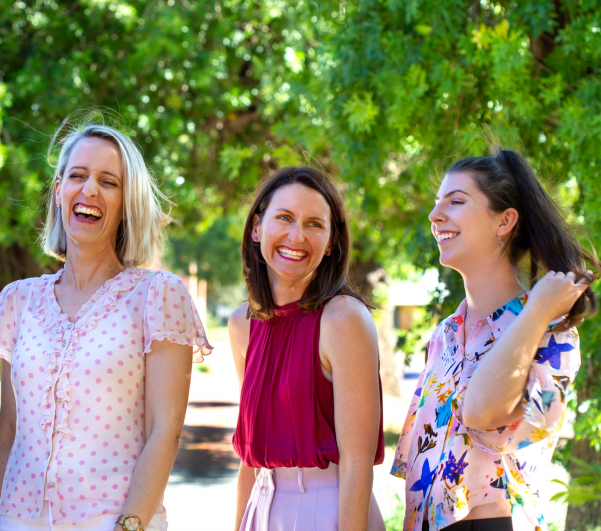 Our name CONSANO is the latin word for ‘to cure, heal, remedy and restore’.

This is the essence of what we do.
We use our specialised pelvic health physiotherapy training and our unique holistic approach to cure, heal, remedy and restore the pelvic health of our patients 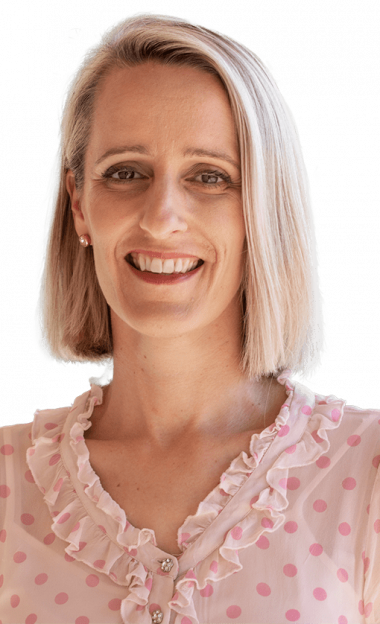 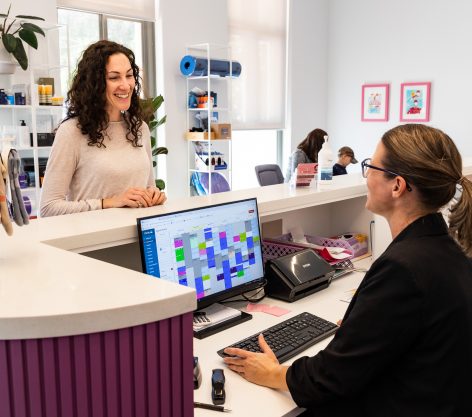 Our Pelvic Health Centre in Guildford has been specially designed to suit the specialised requirements of our patient treatment rooms and classes.

Learn more
Back to top